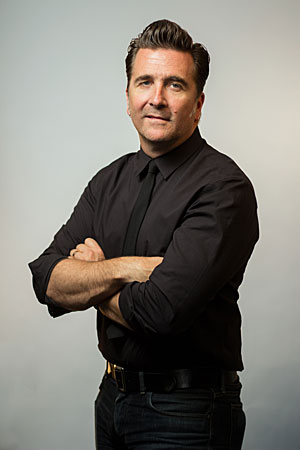 As chief engineer and development manager for the Mars Science Laboratory focused on entry descent and landing phase, Adam Steltzner’s job was to ensure that the intricately designed NASA Mars rover vehicle, Curiosity, landed safely. Steltzner was in charge of all the mechanical engineering elements of entry, descent and landing for the Mars Exploration Rovers. In 2004, he was among the scientists and engineers featured on the NOVA episode “MARS Dead or Alive,” which chronicled the process that ultimately delivered the rovers Spirit and Opportunity to Mars.
(View the episode at www.pbs.org/wgbh/nova/mars/program.html.)

According to Steltzner, his educational history was “a little rocky”, as he says he had a “lack of focus in high school”. After finding inspiration at The College of Marin, a Community College located in the San Francisco Bay Area, his perspective on learning drastically changed. Steltzner remembers his community college days “being quite awesome”, as he felt it was here that he was able to give in to the curiosity that had always been inside of him. He took classes from professors who were passionate about what they taught. The enthusiasm he saw in his educators influenced him to want to learn more - so much so that he started to consider a career as a community college professor. It was his time at College of Marin that propelled him forward to pursue higher education and helped to get him to where he is today.

Now, he and his team design, build, and fly the systems that, at 50 miles above Mars, will slow the new rover from a speed of nearly 15,000 miles per hour and deliver it safely to the planet’s surface. “The technical job of designing and developing these complex engineering systems is challenging and very rewarding to me,” says Steltzner. “There are very few days when I don’t have a moment or two to think as hard as I possibly can. I like that.” 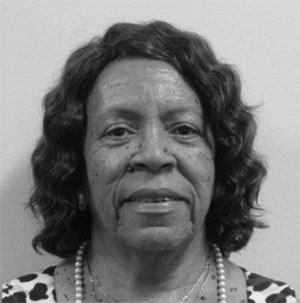 Deloris Dail Curtis, a 1979 Housatonic Community College Honors Graduate, has been at the helm of the Admissions Office at the college as Director of Admissions since 1988. Her professional career began at Housatonic in 1986 as an Admissions Counselor and then Acting Director of Admissions in 1987. She is the first female and African-American to have held that position and has been instrumental in helping the college achieve its mission of providing access to higher education for Connecticut residents.

Academic, professional and community awards and achievements received during my tenure at the college include a Sabbatical to Review Best Practices on Recruitment, Enrollment and Partnership Programs in Community Colleges; a conference presentation on “Successful Partnership Programs and Including Diversity in the Curriculum”; profiles in Who’s Who Among Students in American Junior Colleges and in America’s Outstanding Names and Faces; Employee’s Recognition Award for 20 years of Service; Certificate of Achievement from Rutgers University’s Summer Institute for Union Women; Certificate of Completion from the Center for Women and Families for “Battered Women’s Rape Crisis Counselor Certification Training; Certificate of Recognition for Leadership in the community from the Commissioner of Higher Education for being Advisor to the Black Student Union at Housatonic; Volunteer of the Year Award from the Multicultural Magnet school, Bridgeport; a Volunteer award from the School Volunteer Association for being a mentor of CATCH (Caring Adults Touching Children’s Hearts – a program for tutoring and mentoring young children ); a Corporate Award for Dedicated Services to the Community from WIAAGB (West Indian American Association of Greater Bridgeport); and, most recently, was recognized by the Greater Bridgeport Club of the National Association of Negro and Business & Professional Women’s Club, Inc. as Inspirational Woman for 2011.

Deloris has been active in advocating for faculty and staff interests at the college in various roles including ACL vice-president, 4Cs presidential aide and chapter chair. She has also served as the Grand Marshall at the College’s Commencement Exercises for more than 20 years – a role she is honored to have 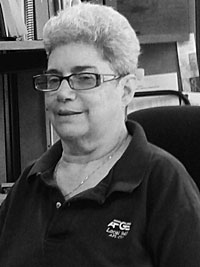 Leona May is employed by Federal OSHA since 1990. While a compliance officer in the field, she covered safety and industrial hygiene. She worked in general industry, construction and maritime industries. In 2001, she was promoted to Complience Assistant Specialist, involved soley in nin-enforcement activities. Her audiences cover a wide spectrum of groups ranging from students to professionals. She graduated in 1990 from the University of New Haven with a BS in Occupational Safety and Health. Leona graduated from Housatonic Community College in 1971 and 1986.

In 2012, she received the Government Advocacy Award from the Greater Valley Chamber of Commerce in Shelton, CT. 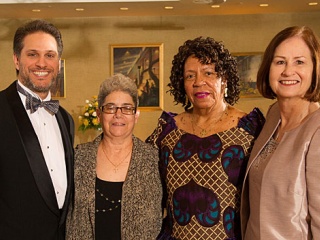 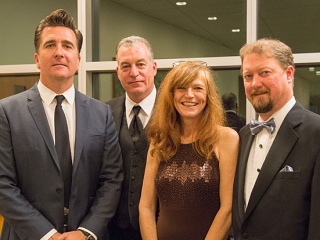 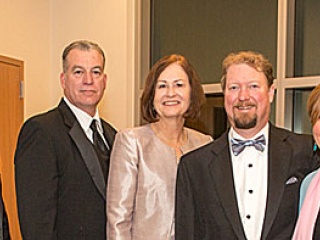 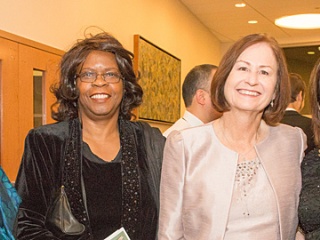 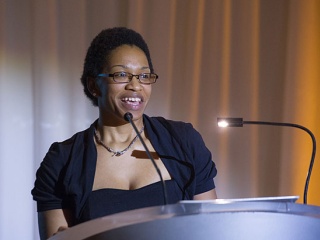