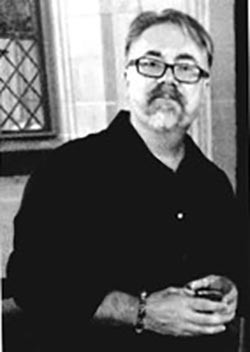 Rob Nelson began teaching in 1986. He holds a BA in English from Southern Connecticut State University, where he studied fiction writing with Pulitzer Prize winning novelist Richard Russo. Professor Nelson has published his short fiction and poetry in several literary journals across the US. His one act play “Out of the Grey Box” was staged at SCSU in 1986. In addition, Professor Nelson was awarded a Master of Fine Arts in Writing from Goddard College in Vermont, where he studied with Colombian novelist and winner of the International Latino Book Award Jaime Manrique. At Goddard, Professor Nelson also studied with poet and Lambda Award winner Michael Klein. Professor Nelson completed “Accidental Hieroglyphs,” a book of 48 poems, as his creative thesis while at Goddard. He also wrote a critical thesis analyzing the history of Irish language poetry.

Professor Nelson was a research fellow at the National Endowment for the Humanities workshop “The American Lyceum and Public Culture” at Boston’s Northeastern University in 2007. He also served in 2016 as a research fellow at the Mystic Seaport Museum of America and the Sea, designing K-12 research curricula based on 18th century artifacts in the museum’s extensive vault . Since 1997, he has served on the faculty of Yale University’s English Language Institute, where he has taught composition, reading, and public speaking. Also at Yale’s ELI, he has designed and taught 12 elective courses to international undergrads and graduate students.

Professor Nelson is also a singer and musician who has been performing at music festivals and clubs in New York and Connecticut since 1981. His original songs have been featured on local radio stations such as WPLR in New Haven. He sang in New York City with the chorus of Columbia University at St. Paul’s Chapel. He also spent some time crewing on a yacht in the Caribbean and living and performing music in Paris. Professor Nelson enjoys travel and biking and recently biked 100 miles from New Haven to Amherst, Massachusetts.

PLEASE NOTE - We will be practicing virtual office hours as much as possible. On-ground office hours will be provided via appointments only, and left to the discretion of the faculty member.